The Bank of America announced on Friday that it is halting foreclosure sales in all 50 states due to an increasing investigation into flaws in the process.  The announcement came a week after the nation’s largest bank said it was freezing home foreclosures in 23 states where approval must be given by the courts. 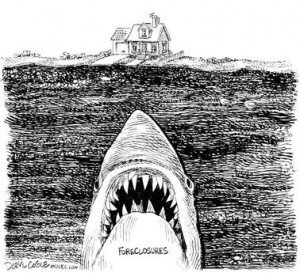 This does not mean, however, that foreclosures themselves will be stopped – but rather the actual sale of property at auction will be suspended.

It is expected that a review of the process with take several weeks.

In addition to Bank of America, PNC Financial Services Group also suspended sales of foreclosed homes on Friday for a period of 30 days.  A week ago JP Morgan Chase announced that it would suspend proceedings for about 56,000 homeowners after learning that its employees may have approved foreclosures without personally reviewing loan files.

Ally Financial, previously known as GMAC, the finance arm of General Motors, has also halted foreclosures in the 23 states.

In many states there has been pressure on banks for what has become known as “robo-signing” which is where some bank employees had signed foreclosure affidavits without verifying that the documents were accurate, thus creating many questions about the entire process.

On Thursday, the White House said that President Obama would not sign a bill that could have made it easier for courts to clear foreclosures. The bill would have required federal and state courts to recognize documents that were notarized in other states.

As reported previously, Maine has not suffered foreclosures at the same high rate as other parts of the country.  According to RealtyTrac there were 264 foreclosure filings recorded in August 2010 or 1 in every 2,585 households.  In Cumberland County there were 45.