U.S. home resales fell more than expected in July after four straight months of strong gains as a lack of inventory limited choice for buyers, but further gains in prices suggested the housing market remained on solid ground.

According to The National Association of Realtors (NAR), existing home sales declined 3.2% to an annual rate of 5.39 million units last month. June’s sales pace was unrevised at 5.57 million units. Economists polled by Reuters had forecast sales slipping 0.4% to a 5.51 million-unit pace in July. Home resales were down 1.6% from a year ago.

Against the backdrop of a tightening labor market that is steadily pushing up wages and mortgage rates near historically low levels, most experts agree that July’s drop in sales is likely to be temporary.

With inventory still tight, the median house price nationally rose 5.3% from a year ago to $244,100 last month. Interestingly, rising prices were causing problems with appraisals, leading to delays in closing contracts.

Single family home sales through July are up 12.8% statewide and 6.7% in Cumberland County.  The month of July represented the first time in 2016 that sales for a specific month did not exceed that of the prior year.  Unit sales were lower by 2.9%.  As a point of comparison, sales across the Northeast declined 5.7% in July.

While sales in Cumberland County are up year-over-year, July represented the second consecutive months that 2016 sales were below 2015, fueling some speculation of a small slowdown in the market.  While some parts of Maine have demonstrated a higher percentage of growth this year, Cumberland County nonetheless accounts for the largest segment of the market, representing 25.7%.  York and Cumberland Counties collectively represent nearly 44% of all sales in Maine.

The graph below includes sales for many local communities. Given the overall strength of the market this year, it may be a bit surprising that quite a few towns are experiencing lower sales in 2016 vs 2015.  Of course, 2016 results are being compared to record levels of sales reported in 2015, which can make this comparison somewhat difficult.

Nationally, total housing inventory at the end of July rose ever so slightly – 0.9% to 2.13 million existing homes available for sale, but is still 5.8% lower than a year ago (2.26 million) and has now declined year-over-year for 14 straight months. Unsold inventory is at a 4.7-month supply at the current sales pace, which is up from 4.5 months in June.

The percentage of pending properties, compared to inventory levels, declined in July, representing the lowest level since February 2016.  This reflects an overall slowdown in properties under contract and will impact sales in the months to come, especially if this trend continues. 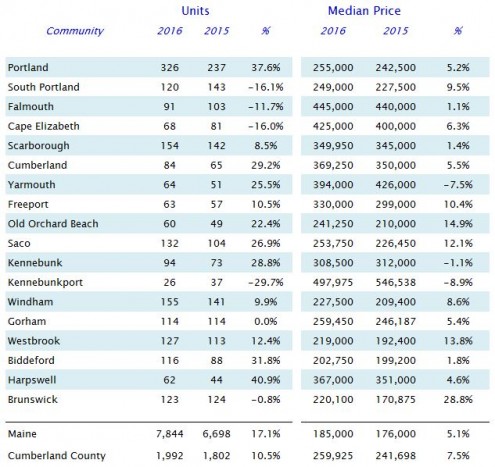 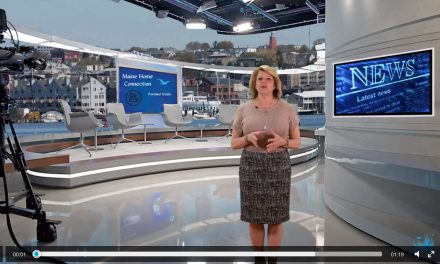 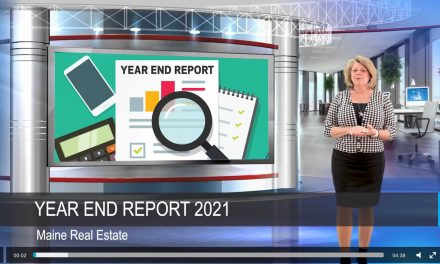