Through the first three months of 2017, sales of single family homes are … Only Human!  Following last year’s record breaking first quarter, homes sales throughout the state have slowed somewhat – reflecting a marginal increase of 1.2% statewide.  Sales in Cumberland and York counties were behind last year by 2 and 4 % respectively.

Nearly every community in the greater Portland area recorded sales decreases, many in double digits.  The graph below includes the details.  Portland, far and away the largest market, was down a significant 22%. – recording lower sales in each of the first three months of 2017.

Median pricing, however, continues to improve as the YTD level of $186,000 represents a 6% increase over 2016.  Pricing in Cumberland County is up 7%, as many local towns experienced record levels based on an unusually high proportion of upper end homes being sold. inventory continues to be low, with March’s being at the lowest level in 15 years.  Yes, 15 years!

Condo Sales are up

Through the first three months of 2017 condo sales in Cumberland County remained strong, up 8.7%.  The YTD median selling price of $245,000 is up 4.2%.  A word of caution, however, in that March 2017 prices were down from the highs recorded in the fourth quarter of 2016.  In 2016 median prices increase consistently all year, and first quarter 2017 are being compared to those results. 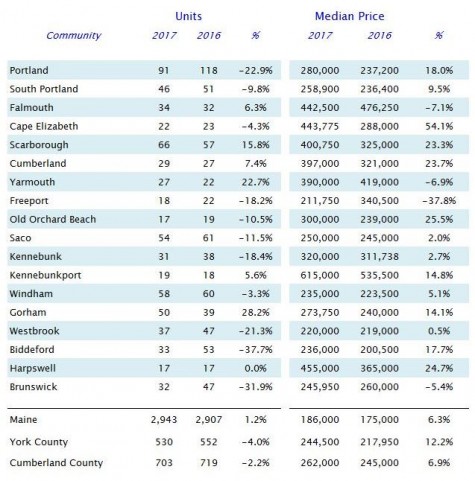 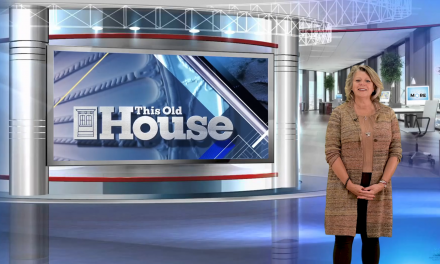 Which Home Improvement Show For You?