Is There a Real Estate Bubble Coming?
Conditions are much different from mid 2000s 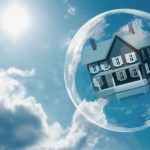 There is no doubt that home prices have reached 2006 levels in many markets across the country, including Maine.  However, after more than a decade, home prices should be much higher based on inflation alone.  According to a recent report by CoreLogic (who provides the software that supports the Maine MLS), the median home price in June 2006 was $199,899 versus $213,400 in 2018.  In Maine, these numbers were: $193,000 in 2006 and $212,000 through June of 2018.  Additional historical Maine sales data can be found at: Maine Home Sales on our website.

Many are concerned that lending institutions are again easing standards to a level that helped create the last housing bubble. However, there is proof that today’s standards are nowhere near as lenient as they were leading up to the crash.

According to The Urban Institute’s Housing Finance Policy Center’s monthly index, which measures the percentage of home loans likely to default, the 2018 rate is less than half the 12.5% rate for the entire mortgage market during the period 2001 to 2003.

A major cause of the housing crash last decade was the number of foreclosures that hit the market. They not only increased the supply of homes for sale but were also being sold at 20-50% discounts. Foreclosures helped drive down all home values.  Today, foreclosure numbers are lower than they were before the housing boom. Below are the number of consumers with new foreclosures according to the Federal Reserve’s most recent Household Debt and Credit Report:

Contrary to many headlines, home affordability is better now than it was prior to the last housing boom. In the same article by CoreLogic (above) it was stated that in the vast majority of markets, “the inflation-adjusted, principal-and-interest mortgage payments that home-buyers have committed to this year remain much lower than their pre-crisis peaks.”
​
In 2006 the average mortgage rate peaked at approximately 6.7% compared with a rate of 4.4% in the first half of 2018.   The price of a home may be higher, but the overall cost is still below historic norms.

Although the housing market can still be greatly influenced by the overall economy, many of the  underlying factors are very different, in a positive way, compared to a decade ago – suggesting a strong situation for the months ahead.  We will need to revisit this, of course, as the end of the year draws near.

Multiple Offers Increasing in ME 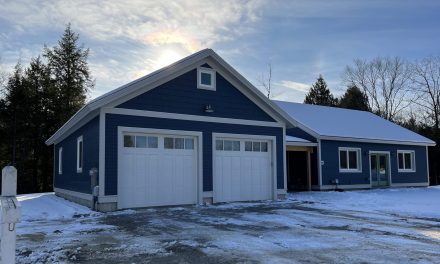