August continued the trend of strong single-family homes sales in Maine.  The month of August 2018 represented a nearly 6% increase over sales in the same month of the previous year. The number of homes sold in the month, 2,082, is the highest of any month every recorded.  The median selling price increased 6.8% to $220,000.

Sales in Cumberland County are now 2.3% ahead of last year, and slightly lower than the statewide results. The median price of $310,000 reflects an 8.8% increase over prior year.  The median price has exceeded $300,000 in six of nine months so far in 2018, reaching a high of $325,500 in May.  Pricing in individual months is greatly influenced by the mix of homes sold, and YTD results often provide a more accurate reflection of what is happening in the market.

The chart below includes YTD sales and prices for many towns in the greater Portland area.

Total housing available for sale held steady at the end of August at 1.92 million existing homes on the market and is up from last year’s total of 1.87 million. Unsold inventory rests at a 4.3-month supply at the current sales pace, remaining unchanged from last month’s total but up 4.1 months last year.  At the end of August, the total supply of homes in Cumberland County resulted in 4.0 months of inventory.

Rising interest rates along with high home prices and lack of inventory continues to push entry-level and first-time home buyers out of the market.  There continues to be many reports indicating that there is demand, but supply is not available in the price range being sought.  This is a similar situation in Maine, as inventory has grown in the higher priced segments of the market yet remains unbalanced in the lower priced segments. 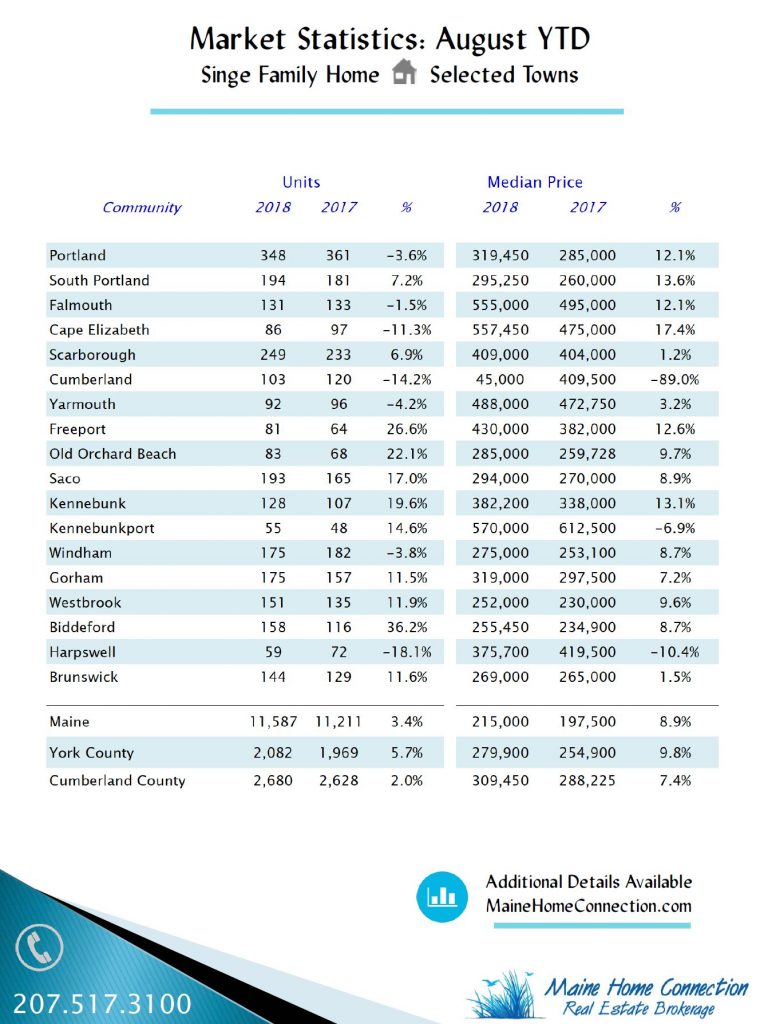 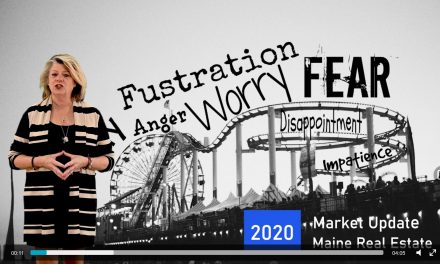