While National homes sales in December fell to a seasonally adjusted annual rate of just over 6 million – the lowest level in the last 4 months – the 2021 housing market was one for the history books as overall annual sales reached their highest level in 15 years up 8.5% over 2020.  Sales prices reached new heights as the median price was up 15.8%, inventory hit rock bottom and homes sold in record time – often for well above asking price. Mortgage rates, which began the year at historic lows, remained attractive and homeowners who choose to sell in the coming months can expect to see plenty of buyer activity due to pent-up demand.

In Maine, fervent buyer demand, driven by pandemic-induced changes to housing needs and preferences (including unprecedented relocation to the state), reached extraordinary levels in 2021.

As a result, single family sales in Maine reached 20,588 units, the highest level ever recorded.  While percentage wise not as strong as nationally, this represented an increase of 1.9% over 2020.  Interestingly, sales in southern (Maine – York and Cumberland Counties specifically), were actually behind the previous year (1.9% and 4.2% respectively) due primarily to extraordinarily low inventory levels.

And speaking of inventory, home seller activity did not rise proportionally to meet demand and by year end was down 33% compared to 2021 – and was at its lowest level since 2008.  Yes, historically low levels – and essentially a repeat of the prior year!

The lack of homes for sale was also evident in the Months of Inventory calculation (also known as Absorption Rate).  The Absorption Rate is a measure of how long a home would last on the market at the current rate of sales and in December reached 1.5 statewide and less than 1.0 in southern Maine – again a historically low level.

On average, properties in Cumberland County were shown to eleven different buyers prior to going under contract, giving further evidence to the intense competition for the limited number of homes for sale.

Multiple offers continued to drive prices significantly higher, resulting in a 17% statewide increase in 2021 vs 2020.  In southern Maine, prices increases were even higher, albeit slightly.

From the outset of 2021 home prices were rising at an astounding pace.  Mortgage rate were somewhat more stable compared to 2020 when they were in freefall.  As a result, they were no longer counterbalancing the rapid rise in prices and therefore monthly payments for mortgages began to rise.  From their peek in September, home prices, while still high, began to fall, and this moderation in the rate of increase is expected to carry forward into 2022.

This report has focused primarily on single family sales for the entire state of Maine. On our website, you can find detailed updates for most communities in the greater Portland area, our principal service area.   If you can’t find what you are looking for, let’s us know and we can prepare a customize report for you.

Until next time, Imagine More. 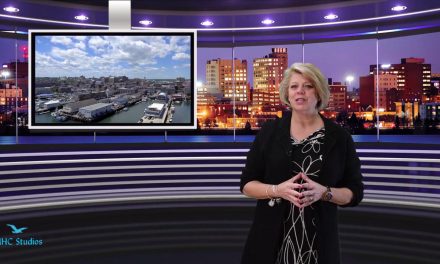